This is my personal tribute in memory of one of USKA's (the Ultimate Sport Kickboxing Associations) favourite sons Azmat Yaqub. Azmat passed away on Thursday 29th August 2004 aged just 35 years old as the result of gunshot wounds sustained in a vicious and cold blooded attack at the gym he held so close to his heart.

I first met Azmat about 5 years ago when the U.S.K.A kickboxing club moved to it's new premises at Chic Physique health and fitness centre in Sparkhill. Azmat was the first of the weight trainers from Chic Physique who made the transition over into my kickboxing classes. What an impact this was to have, not only for the kickboxing gym but also for me in my personal life. On the very first session Azmat and I got involved in a toe to toe boxing slugfest that was the start of a mutual respect we would carry for each other from then on.

He was hooked on the high intensity training and was comfortable around the placid mild manner of the kickboxers at the gym. Azmat would fully commit himself to the training over the next three years and bring to the sessions his very own motivational techniques to encourage each and every person that he trained along side with.

He soon after decided that he wanted to put his new found skills into practice in the prize ring and start competing in full contact kickboxing bouts. Azmat's presence in the full contact ring was awesome. With a Tyson like left hook and power right leg round kick any one that was hit with those techniques would stay hit and knew it was an experience that they could do without experiencing again. He captured the Midland area pro-am title at light heavyweight with a devastating knockout over an opponent from Wolverhampton and built up a reputation as being a fearful puncher.

The highlight of his fighting career came when he went toe to toe in a bout with later to be crowned world champion Paul Taylor in a fight that is still talked about today. Azmat unfortunately lost the bout but performed excellently against his far more experienced counterpart gaining huge respect from the kickboxing fraternity.

Putting a hold on his ring career Azmat continued to train and coach at the academy still bringing out the best in people pushing to them to their limits in his circuit training work outs.

Outside of gym life i found myself drawn to his addictive personality. Azmat a very eloquent and intelligent man had an unshakeable faith in Islam, a religion that through Azmat i decided to look into in more depth before finally embracing about three years ago. Azmat along with others were always there for me, guiding and steering me to all the information i needed to take my life changing leap of faith.

It was not only my faith that he helped me find. Azmat took me under his wing and looked after me as if i were his younger brother. Anything I needed, any situation he was there. My car had problems......he was there to fix it. I needed to get somewhere......he was there to bring me. I had a dilemma......he was there with the right advice. If i were to ever find myself on a battle field i would feel no more comfort than to know this man was standing shoulder to shoulder by my side. I knew i had a friend who unquestionably would put me before himself and ask nothing in return.

Azmat opened up to me more than he did most. Most people would only see one side of him. The side of the man in control, the hard man, the strong man, the man who put in any situation would assess it and take control of it in an instant. I was privileged to see the other side Azmat, a caring, loving, compassionate, generous, intellectual, God fearing side that made him one of the most endearing influences on me of my life thus far.

He became my third Brother. One of my nearest and dearest friends and confidant. I thank God for allowing me to be this mans friend all being it for just a short time. I thank God that i was privileged to be the last one give him Salaam. I thank God i was the last one to embrace him with a hug minutes before he died. I thank Azmat that he chose me out of all the people he could have chosen to share a part of his life.

I will miss you my brother and friend. A part of me is gone never to return. As i write this i am still coming to terms with what I and everyone who knows you have lost. I promise i will never forget you and what you have done for me. I promise to pray for you and one day insha-allah again we will meet to give each other another salaam and once again share a brotherly hug.

Azmat the loving family man leaves behind a wife and three children.

For our 2022 / 2023 Charity project we intend to raise funds to build a Mosque in Uganda, Africa in the loving memory of our Brothers Azmat Yaqub and Khuzaimah Douglas who we miss dearly here at USKA Fight Factory.

The Mosque that will be 13 meters x 13 meters in size shall have three main doors, 8 windows, a minaret and be fully plastered at a cost of £10,000. We also intend if fundraising goes well to extend an added Electric Solar Powered area that will also incorporate a Wudu and Toilet Area at a further cost of £5,000 (Estimated quote as from February 2022
The construction once funds have been raised is expected to last for two and a half months.

In our fundraising we appeal for help with donations no matter how big or small... little by little, a little becomes a lot.

Thank you in advance for your support and your kindness. 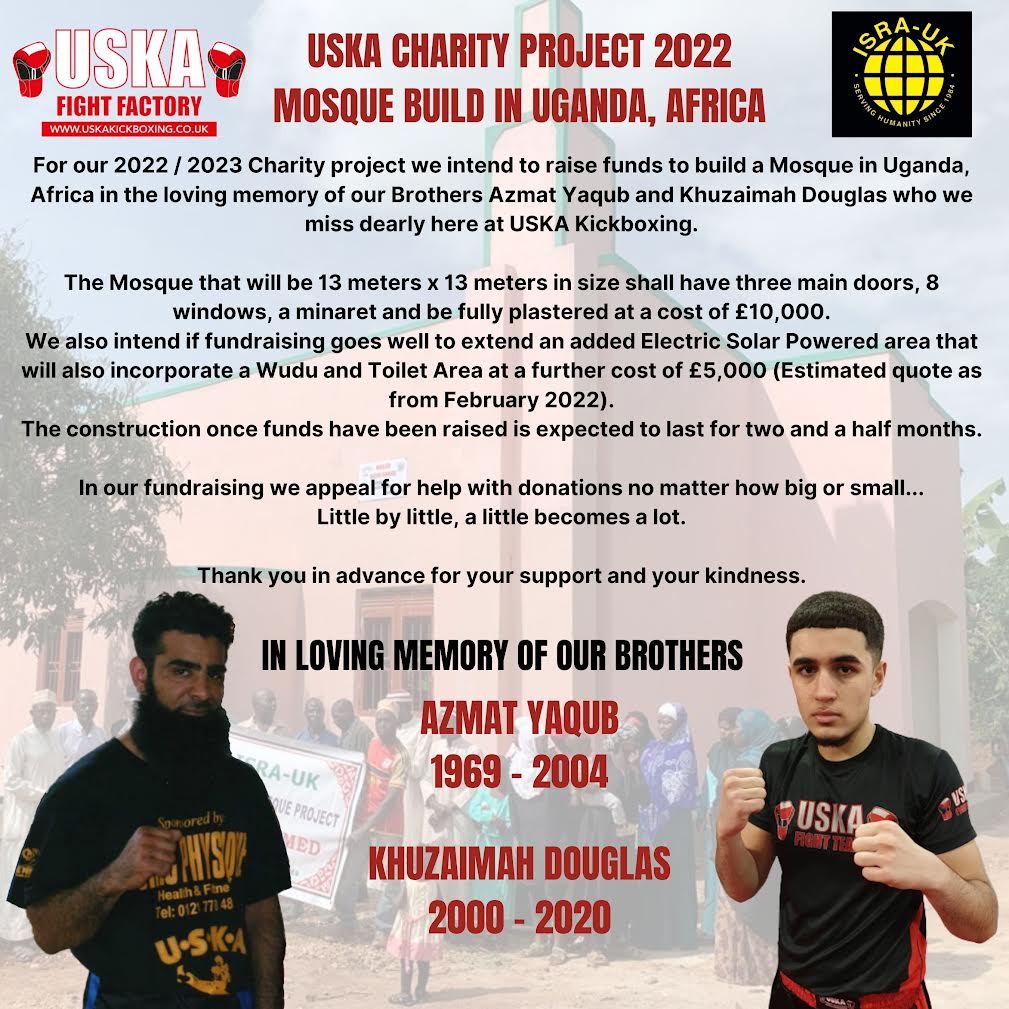 Please if you have taken the time to read this, take the time to say a prayer for Azmat and his family.

Below you can see some pictures of some Charity water aid projects that we have set up in our Brother Azmat's name and memory. 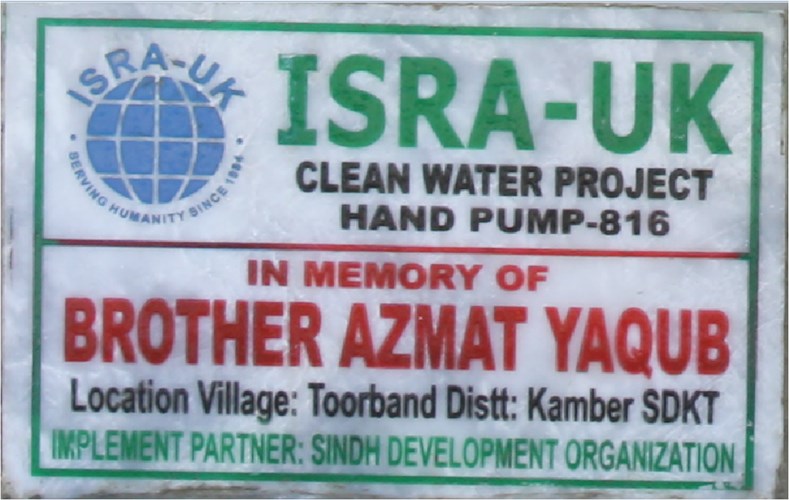 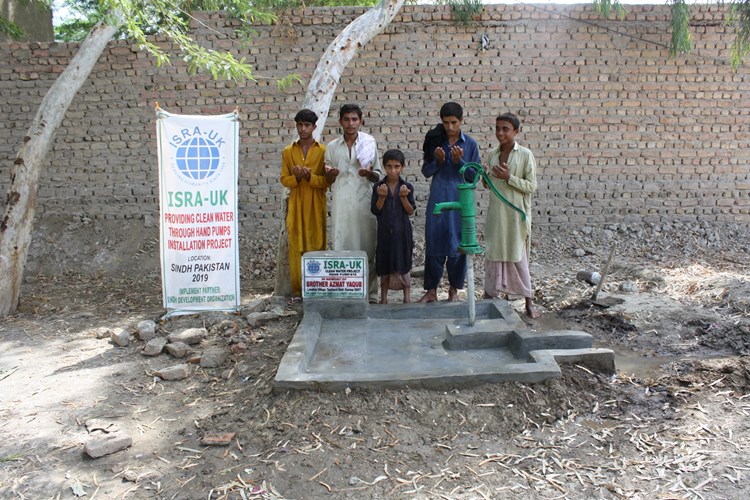 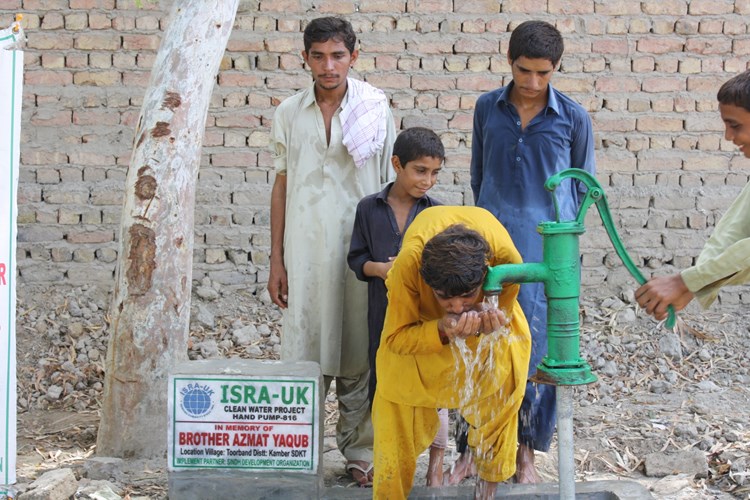 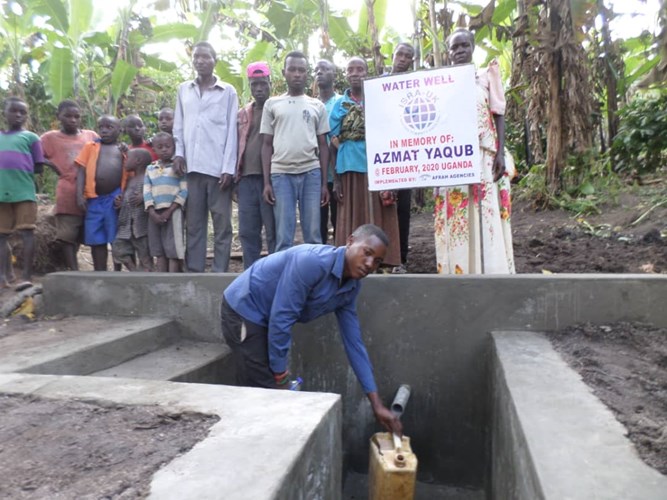 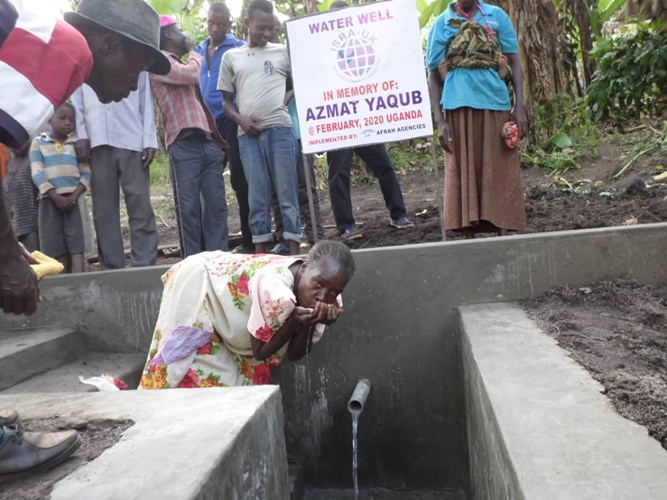 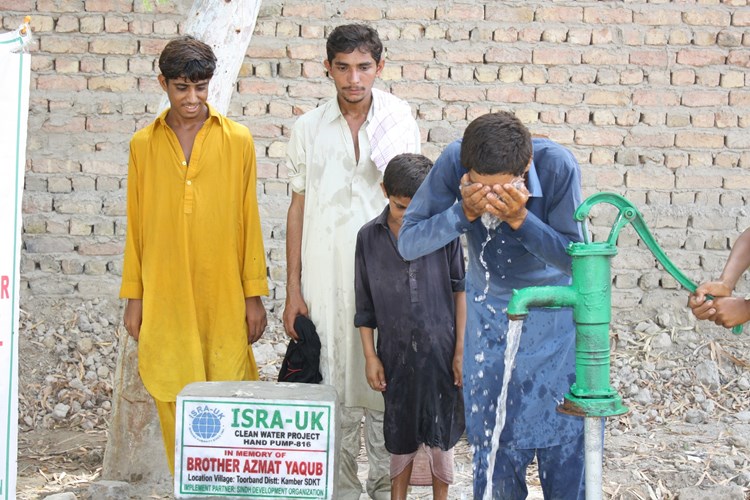